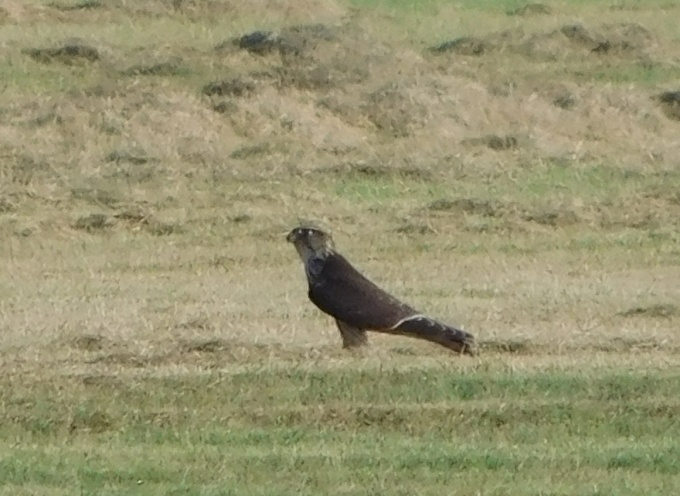 A Merlin made a hard swoop and chase on shorebirds this morning at West-Ark Sod
south of Kibler. Birds in the immediate vicinity included Killdeer (~25),
Buff-breasted Sandpiper (14), and Horned Larks (~20). It happened fast; initially I
couldn’t tell who’d made the attack. But then, I noticed a falcon perched on the sod
maybe 100 yards off, close enough for photographs and later study. This was either
an adult female or young of year with thin “mustache.” There were also Upland
Sandpipers (2) at sod, but quite a ways off. 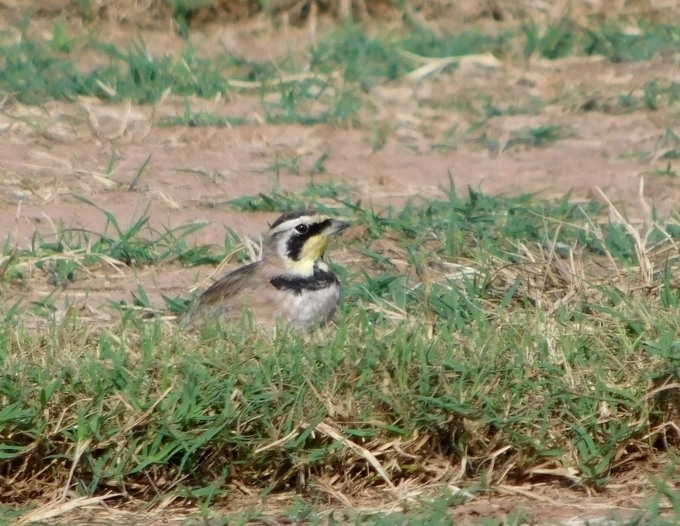 Under attack from the Merlin, Killdeer and Buff-breasteds race off, but Horned Larks
hunker down, in a low-perch, on bare ground where sod has been removed. Thin grass
strips between the bare ground cuts totally hide them. It’s like a marriage made in
heaven.

Studying larks through my spotting scope, I can see that many are young of the year.

Sibley illustrates a form which he labels a juvenile (April-August), but most of the
birds at sod today have molted beyond that juvenile plumage. 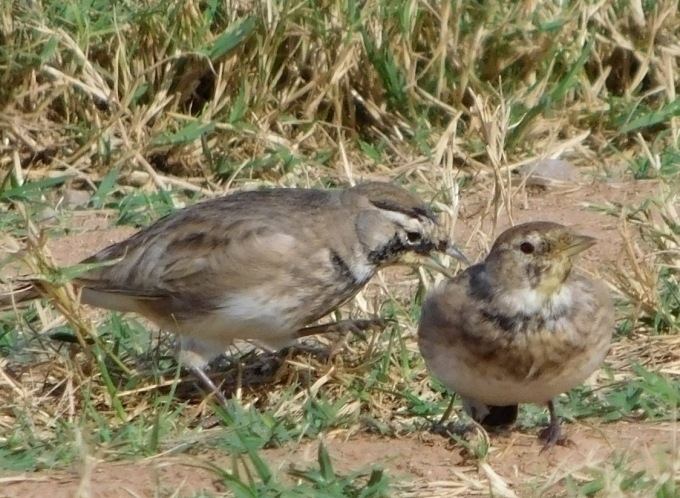 Some present a modestly bold, wide-ish eye stripe and what is almost a wide ring of
white around the eye. These may be females. In one picture I see what will be an
adult male, with a developing black face mast, and what will be an adult female,
with little such development. None have acquired the striking dark mast or much of
the yellow throat. On the breast is something of a smudge that for both sexes will
in time become the dark breast band of adulthood.

It would be nice to make one of these into something radical, like a molting
McCown’s Longspur, but … then I am reminded that in many years of hearing Horned
Larks, and mainly observing them at distance, I have today a rare opportunity to see
the ‘tweeners: not juveniles exactly, and for sure not adults. It is a first for me. – Joe Neal